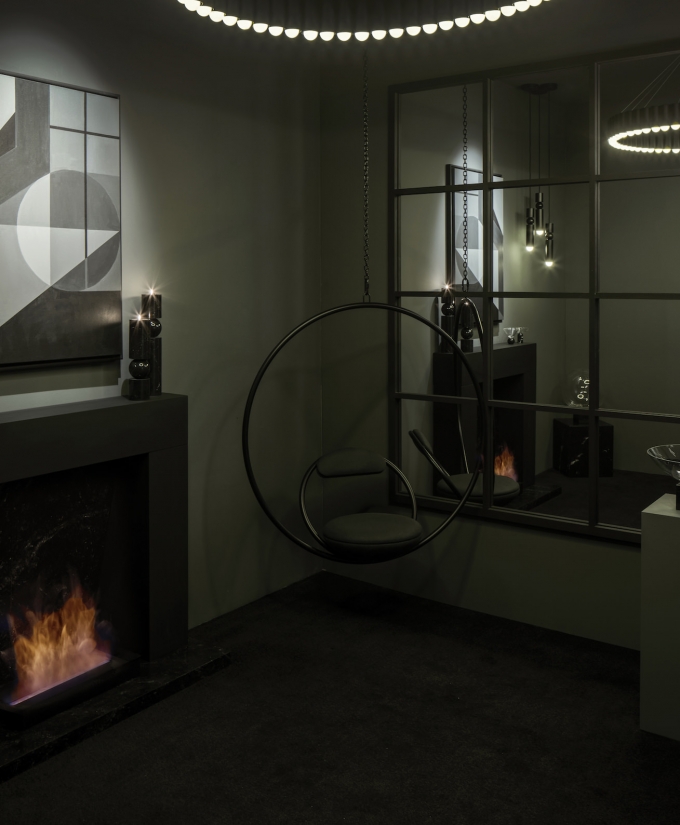 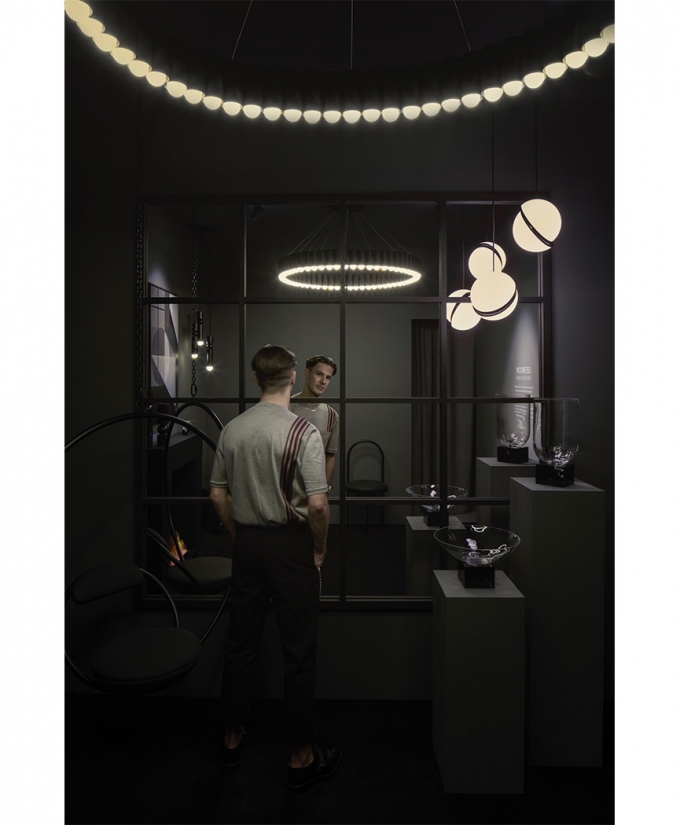 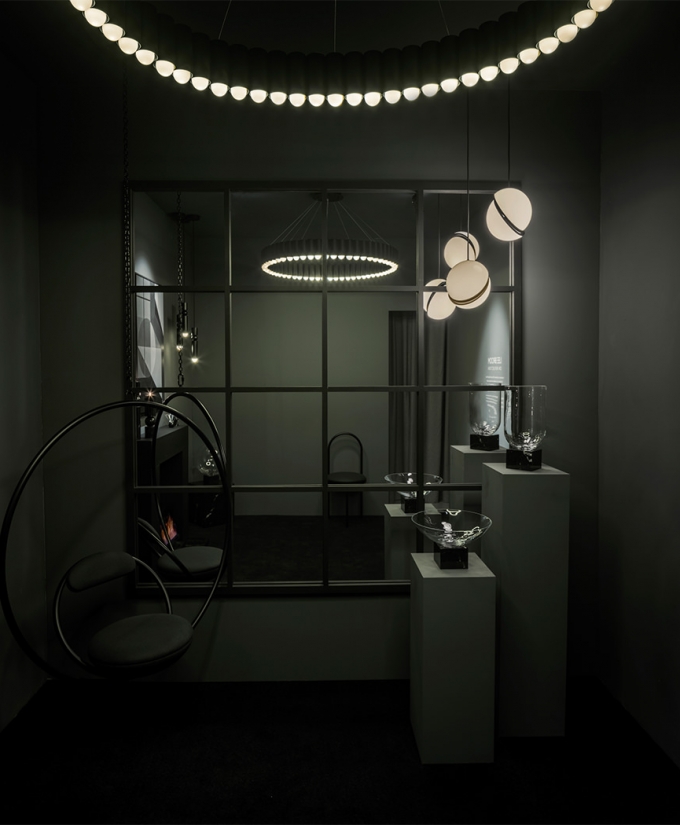 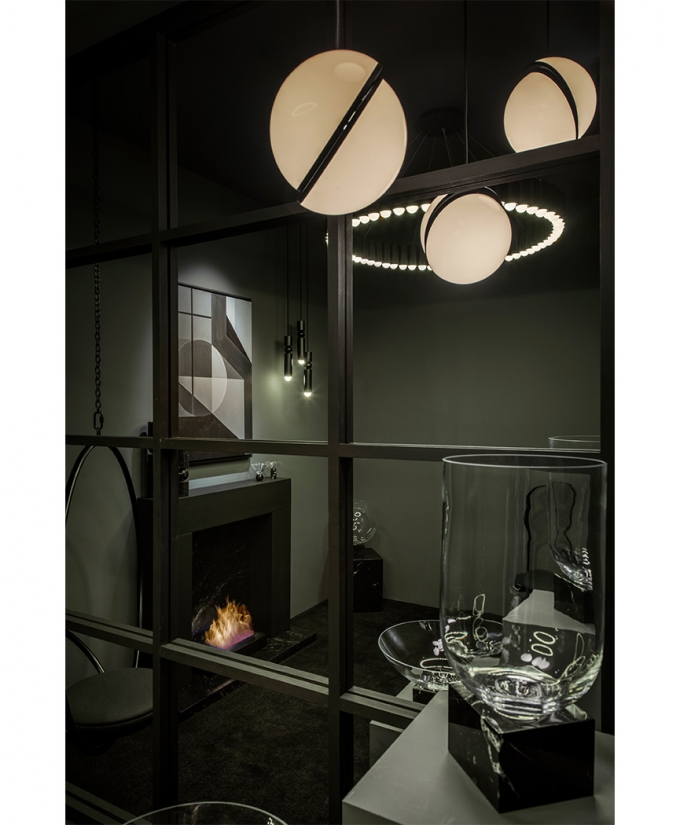 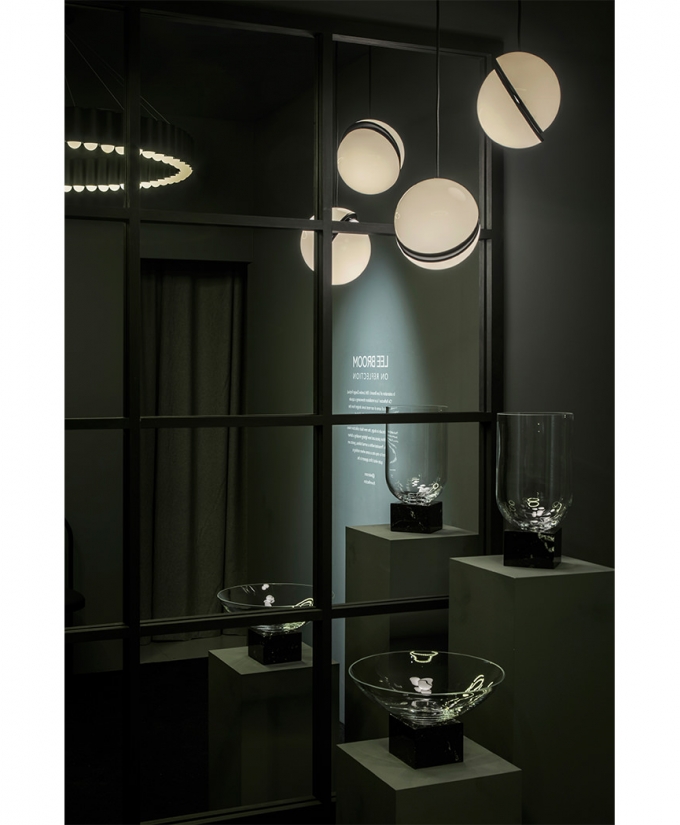 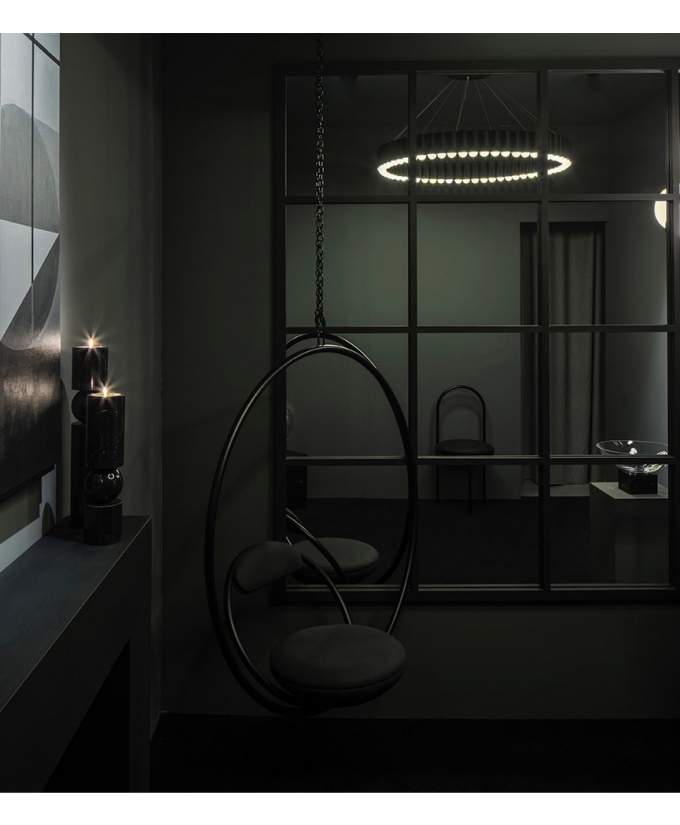 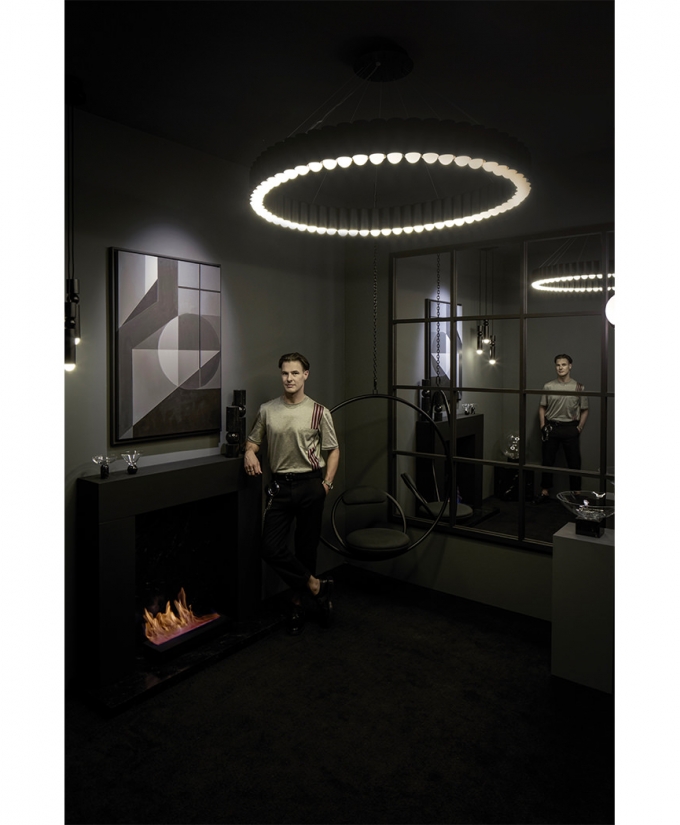 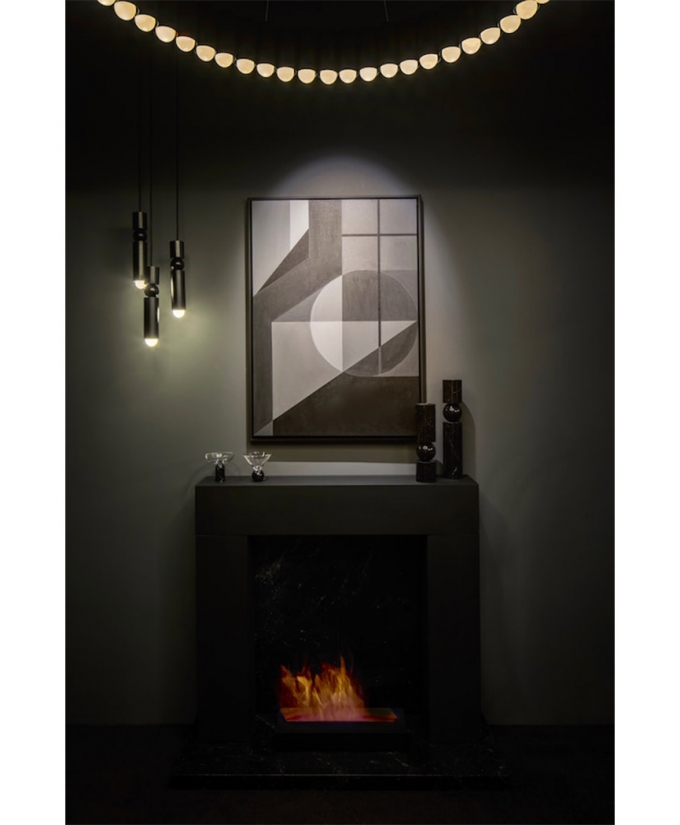 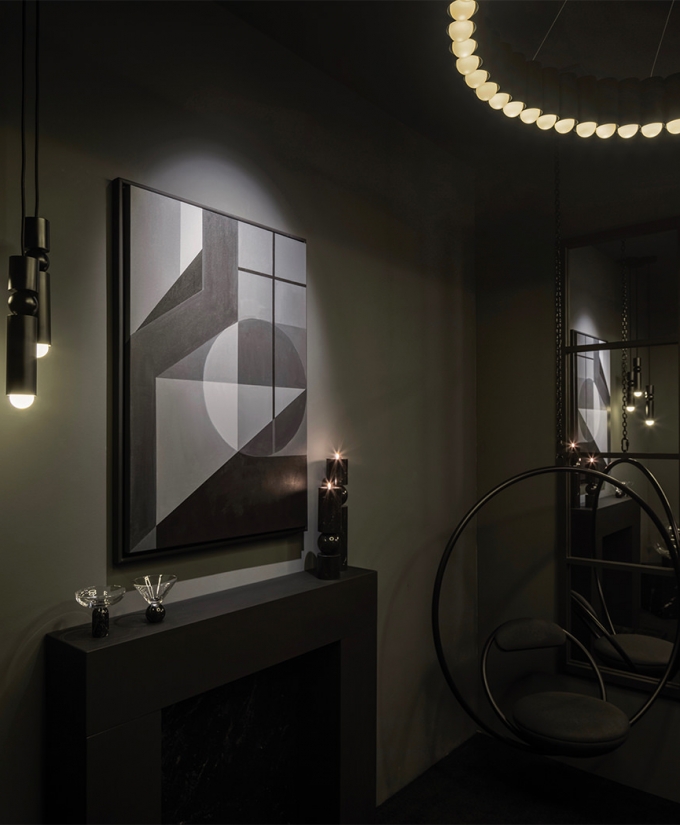 ‘ON REFLECTION’ by Lee Broom for the London Design 2017; a surreal modernist tableau set within the Shoreditch flagship store, the installation marked the tenth London Design Festival and showcased the launch of a capsule collection of limited edition designs from the past decade reinterpreted in black alongside new lighting.

‘ON REFLECTION’ saw the Shoreditch flagship store completely transformed for the week long exhibition. A mix of limited edition designs which included the Mini Crescent Light, Altar Chair and On The Rock glassware were showcased alongside a preview of new all-black Carousel and Fulcrum Light editions.

Presented in a tableau which took inspiration from Art Deco and Bauhaus; on first appearance visitors to the installation were immersed into a dark atmospheric ‘mirrored’ interior but on reflection nothing was quite what it first appeared to be. A unique space of two halves, on reflection, the true nature of the tableau was revealed with a surprising and surreal twist. One room was in fact two; an identical and parallel room where each object was precisely placed in reverse to create a surreal optical illusion where no reflection was cast.

Lee Broom began 2017 with the landmark Milan Design Week show ‘TIME MACHINE’ which revisited designs from the past ten years in a pure all-white palette. Whilst continuing to reflect on an illustrious decade in design and a landmark anniversary year, ‘ON REFLECTION’ revealed a darker dimension and brought to a close a celebratory year ahead of a series of brand new product launches set for 2018.